It's hard to believe (but believe it you must!) that I spent the weekend in Seoul and took a total of six pictures. That's right, six pictures, and pretty crappy ones at that. I took three shots from the window of my hotel room and three shots out on the street just outside my hotel (click to enlarge). 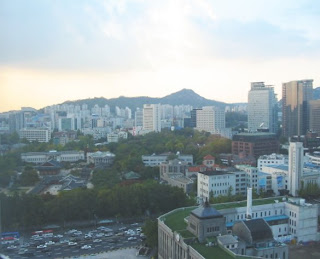 Apparently Seoul has a population of about 10 million, and it is the second largest metropolitan area (23 million) in the world, behind only Tokyo. I've been in the two largest cities in the world! Have you? 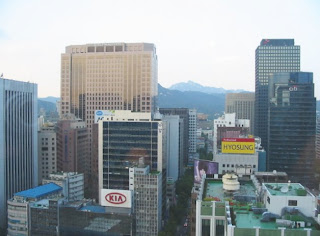 Actually, although my hotel was pretty much exactly in the center of Seoul, these shots don't really give you any sense of just how big the place is. 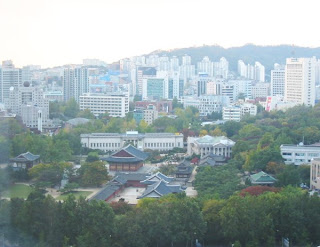 There's some kind of old castle in the foreground of this shot. 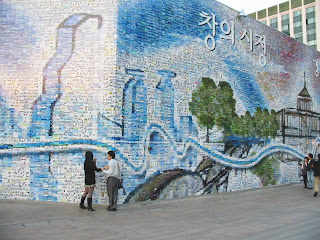 Not far from my hotel there is a large wall-like structure with a big mural "painted" on it. 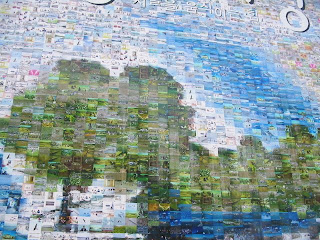 As you approach it, however... 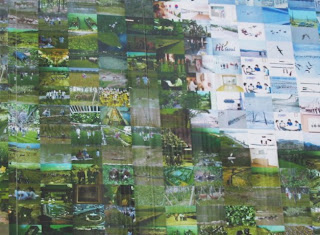 ... it becomes clear that the "mural" is actually a mosaic, made up of thousands of photographs.
It's not too late to get Phoctober!
Posted by Rick at 1:08 PM