Keep Your Hands to Yourself

Here's our band, The Dead Flowers, playing at Weather King here in Miyazaki a few weeks ago. The song is "Keep Your Hands to Yourself" by the Georgia Satellites. You've clicked your way here, and I know who some of you are. I can tell if you've watched/listened to the video. For the sake of international harmony and all that shit, please post rude comments anonymously!

Heh. As I recall, there was actually some clapping when we finished (we had a couple of friends at the gig). The sound mix is coming straight from the board, though, so there's no ambient noise.
Posted by Rick at 9:34 AM 6 comments:

Spider under the Tracks

Another spider, another cell phone pic. 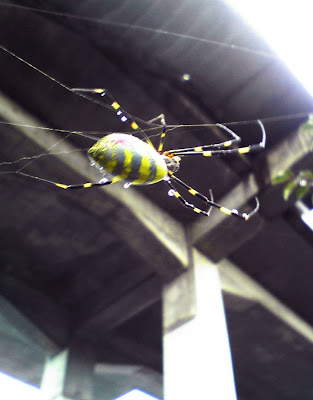 From the Dept. of The Really Stupid

Carleton University [Ottawa] students have decided to pull out of a Canada-wide fundraiser that provides close to $1 million a year for cystic fibrosis research, given that the disease "has been recently revealed to only affect white people, and primarily men."
The Carleton University Students Association voted Monday night overwhelmingly in favour of choosing a new charity to support during its orientation week in September, in lieu of Shinerama, which raises money for the Canadian Cystic Fibrosis Foundation.
[...]
The student council motion stated that orientation week "strives to be inclusive" and "all orientees and volunteers should feel like their fundraising efforts will serve their diverse communities.

Let me get this straight. cystic fibrosis, a disease [!], is not "diverse" enough to be considered a worthy recipient of charity from the student council of Carlton University ("Canada's Capital University")?

I don't really know where to begin with this bit of stupidity. I suppose I could point out that the white, male sufferers of CF have mothers and sisters who might not share Carlton Student Council's views on the alleged non-inclusiveness of the disease. It might also be relevant to suggest that anything that benefits any sick person also benefits the community at large. That's what we're talking about, right? Community?

I'm wondering too if men might reconsider donating money to something like breast cancer research, or white people might decide to stop giving money to help those with sickle cell anemia. These are just examples that came into my head after thinking about this for about, oh, two seconds. Has Carlton Student Council thought any of this stuff through?

And then we have this (from the above-linked CBC article; emphases added):

The Canadian Cystic Fibrosis Foundation called the student council's decision "crushing."
Nadine Imbleau Redman, spokeswoman for the foundation, said it's also not true that the disease affects only white people. The disease does affect mainly Caucasians, but that includes Europeans, Indians and people from the Middle East, she said.
Debbie Foster, whose six-year-old daughter Vicky has cystic fibrosis, said she thinks the decision is narrow-minded.

Narrow-minded indeed. And stupid.
Posted by Rick at 4:45 PM 5 comments:

This is not especially original, but it's pretty, um, intense all the same. There isn't a rocker out there who hasn't dreamed of doing this:

Why, the therapeutic effects of one session alone would probably add two or three years to your life. Imagine if you could do it every day!
Posted by Rick at 10:57 PM No comments: 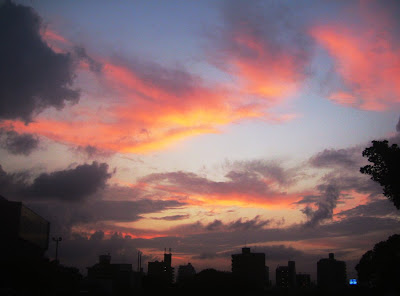 As I'm writing this my fantasy hockey team team is in first place! With no less than five Boston Bruins on my roster (Milan Lucic, Patrice Bergeron, Chuck Kobasew, Dennis Wideman, and Tim Thomas). Coincidentally, the mighty and beloved Boston Bruins are also in first place! If there were hockey gods they would be smiling...

Click to enlarge and witness the full glory of the 2008/09 Miyazaki Maroons! 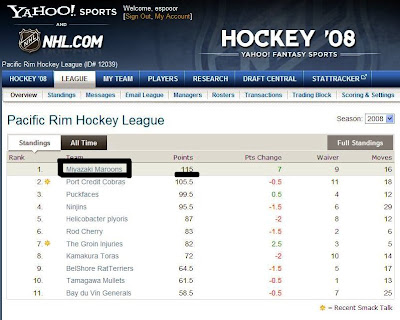 Too bad that, aside from the other ten guys in the league, I'm probably the only person in the world who gives a rat's ass about this. But hey, one takes pleasure where one finds it, right?
Posted by Rick at 9:20 AM No comments:

Email ThisBlogThis!Share to TwitterShare to FacebookShare to Pinterest
Labels: hockey, one of many geeky endeavors

From the Dept. of the Obvious

Societies the world over seem always to be moaning about the declining educational standards of "today's youth." Finally, amidst all the stories of gloom and doom, a bright spot:

The young are using alcohol labels to work out the fastest, cheapest way to get drunk.
A study of university students found they use the information on the labels [...] to pick stronger drinks.
[...]
"They also use the labelling to reduce the amount of liquid consumed; reduce the time taken to get drunk."

Never under-estimate the resourcefulness of the young, that's what I always say!
Posted by Rick at 10:38 PM No comments:

Email ThisBlogThis!Share to TwitterShare to FacebookShare to Pinterest
Labels: drinking, I could have guessed that 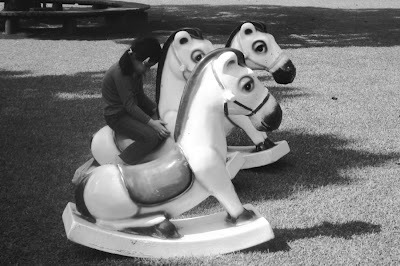 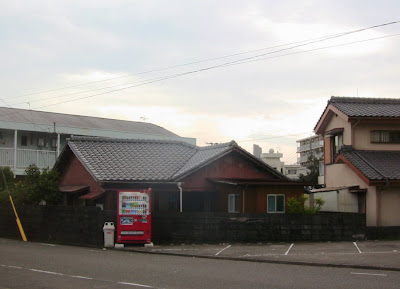 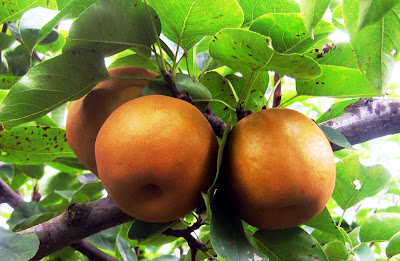 It's funny how nobody at the Stormfront site is comparing Barack Obama to Adolph Hitler. I mean, if anyone could recognize "the next Hitler" it would be those guys, right? Do you suppose they voted for Obama? Just sayin'...
Posted by Rick at 11:05 PM 4 comments:

Email ThisBlogThis!Share to TwitterShare to FacebookShare to Pinterest
Labels: a bunch of fucking retards, Nazis, wingnuts 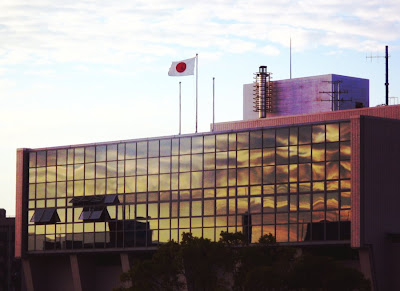 Look, I like sex too, but I don’t have to light votive candles and blast the Gregorian Chant No. 5 to get in the mood. Not every coupling of sex organs is a sacred duty, or some solemn ritual conducted on a stone altar beneath a full moon in a torch-lit grove, while surrounded by a ring of chanting druids. Sometimes it’s just for kicks. Even when you’re married.

Amen to that, Brother. The "ring of chanting druids" part sounds like a kick, though...
Posted by Rick at 10:26 PM No comments: 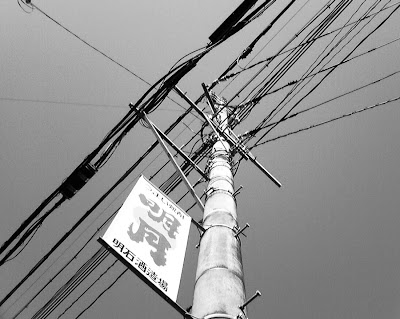 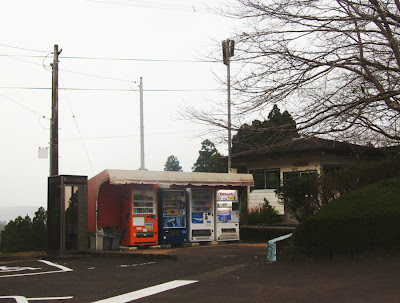 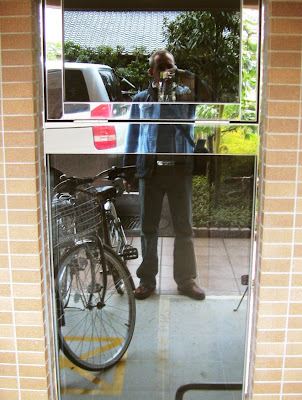 Email ThisBlogThis!Share to TwitterShare to FacebookShare to Pinterest
Labels: dork with a camera, photos

My beloved Boston Bruins smoked/trounced/pounded/creamed/beat the shit out of/etc. the hated/accursed/spawn of Satan/despoiler of children who could have spoken English but for bad luck/scourge of the hockey world/etc. Montreal Canadiens by a score of 6-1 the other day.

I realize that I'm probably the only regular reader of this blog that likes hockey, but who can tell me a) why this Bruins win was significant, and b) why Milan Lucic rocks? No prizes are offered, but you will earn my deepest respect.

I happen to think that ...And You Will Know Us by the Trail of Dead is one of the best bands in the world. Why don't you? 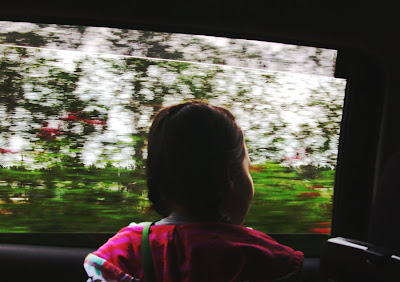 Apropos of Nothing in Particular

As fine an example of goofiness as you're ever likely to see: 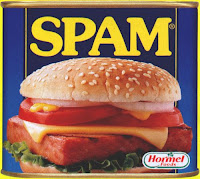 The good news: you may have noticed a two-thirds drop in the amount of spam in your inbox.

The bad news: it will likely only last a few more days.

As far as I'm concerned there is no punishment too severe for these bastards who render email accounts useless. I would also include in this group the scum who work for allegedly legit companies who sell their mail lists to the spammers. Rot in hell.
Posted by Rick at 10:54 PM 3 comments:

Email ThisBlogThis!Share to TwitterShare to FacebookShare to Pinterest
Labels: spam 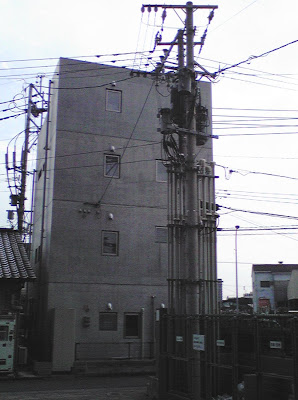 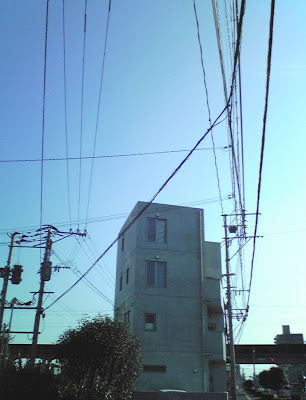 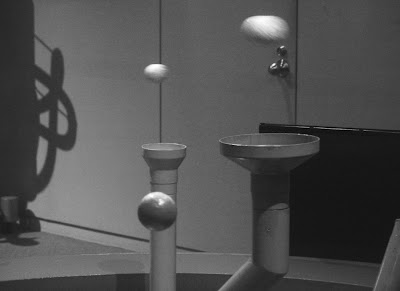 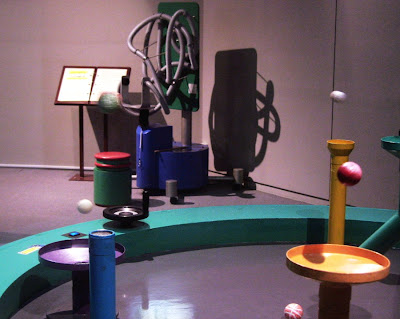 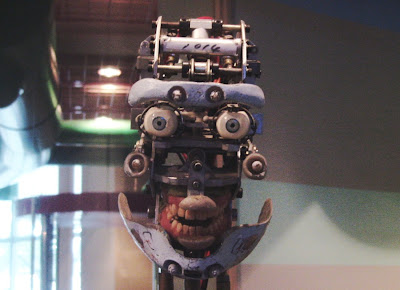 The Front of Some Building in a Park 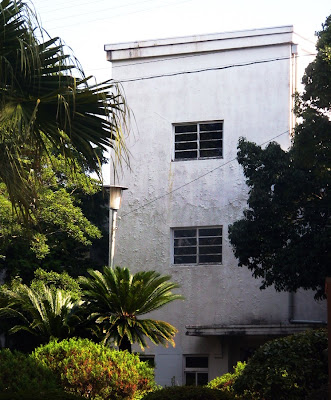 Email ThisBlogThis!Share to TwitterShare to FacebookShare to Pinterest
Labels: Buildings and Structures, photos 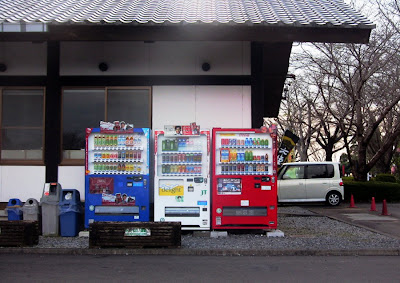 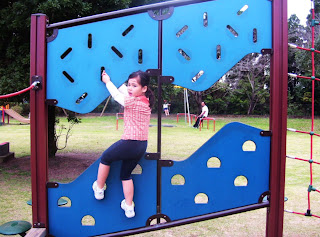 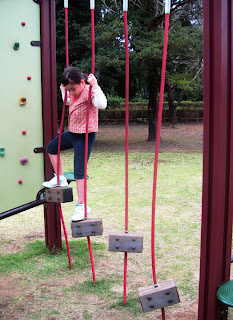 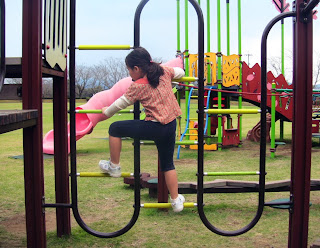 The conservative in me hopes that Obama sees the wisdom in governing as a centrist, if not a center-right, president.
Conservatives believe that we have the right solutions to the problems that face all Americans, and that it would be better for the country if Democrats adopted the right policies, even if it helped their party politically.
--Jonah Goldberg, New York Post

He [Obama] may have opened the door to enactment of the long-deferred liberal agenda, but he neither received a broad mandate from the public nor the needed large congressional majorities.
--Robert Novak, Chicago Sun Times

Reminded me of this:

[Many thanks to Takeshi Qualisho for the band photos. We owe you a beer, Takeshi!] 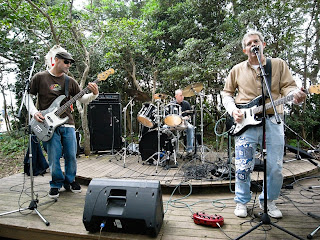 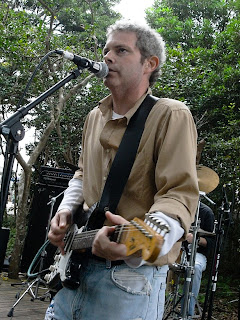 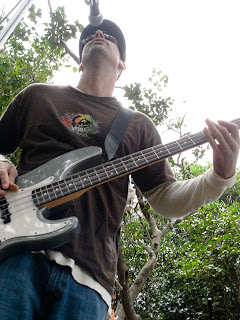 Years of alcohol abuse have taken their toll. 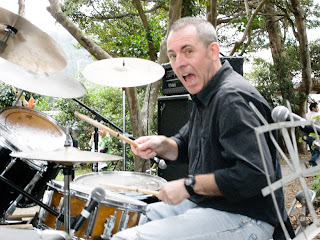 Email ThisBlogThis!Share to TwitterShare to FacebookShare to Pinterest
Labels: photos, The Dead Flowers 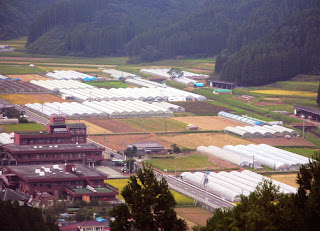 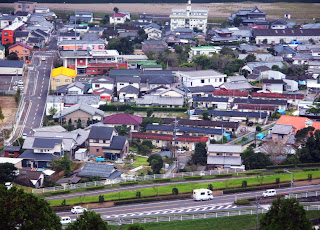 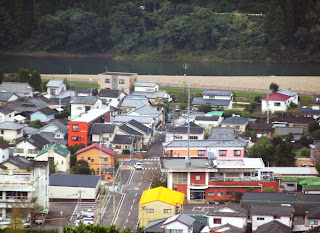 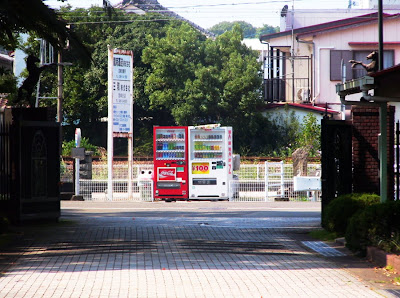