Tomb of Christ: Next Left

Now this is something I didn't know. According to this aricle in The Times, the village of Shingo, in northern Japan, claims to be the final resting place of Jesus Christ.

According to the account in the Christ Museum next to the tombs, Christ arrived in Japan at the age of 21 and learnt Japanese before returning to Judaea 12 years later to engage in his mission and preach about the "holy land of Japan". The official Shingo history is that Jesus' place on the Cross was "casually" taken by his brother, leaving Christ free to return to Japan. On his return he fell in love with Miyuko, a local girl, and lived happily with his family among the rice fields until dying aged 106.

The Times' article is a bit skimpy on historical details, but a quick Google search of japan christ's tomb brings up a long list of links with more 'information', including one of my personal favorites from Learn the Bible, which calls the entire notion a "blasphemous heresy". Here you'll read about more "false" and "blasphemous" stories of Christ, from the "African Legend" to the "Mormon Myth" to "The Da Vinci Hoax." "Here is the question to ask yourself," the author says. "Which one is true? The answer is clear – they can't all be true. They are all false." Well, I can't argue with logic like that... 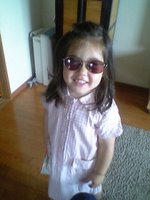 It occurred to me tonight, after several beers and while listening to Opeth, that I've become too polite. Obviously a symptom of living in Japan for the past 8 years, this 'politeness' is, in fact, not a true reflection of the 'real' me. I'm not talking about open-the-door-for-little-old-ladies, common-decency-to-your-fellow-man, "sorry-I-stepped-on-your-foot"- type of politeness. No, I'm talking about the insidious type of politeness that keeps you from saying what's on your mind for fear of offending someone.
Fact is, I think that 99% of what goes on in the world is shit. It goes without saying that I only interest myself in the 1% of things that happen in the world that are, well, interesting. You may not like Opeth, but I don't really give a shit. I'm quite pleased that, at the age of 47, I can listen to a good death/prog metal band and enjoy them. Beats the fuck out of Eric Clapton Unplugged or Queen with Paul Rodgers or whatever.
I'm generally a left-wing type o' guy, but speaking of Japan, I think it's time they renounced that pathetic, peace-loving constitution of theirs. Let's get real here, how can Japan participate in world affairs if their 'soldiery' can't go and be killed in foreign countries while 'keeping the peace' wearing the blue beret of the UN? Permanent Security Council seat? Up to now all Japan has done is pay protection money, they have not shown that they're worthy to have a permanent seat on the Security Council (the notion of 'permamnent seat' itself is worthy of another post...). I pay taxes in Japan, I pay into the social security system here, and my wife and daughter are Japanese citizens. I think I have the right to speak about these things... (and I will in my next post...).
Posted by Rick at 12:56 AM 2 comments:

Clash of the Titans 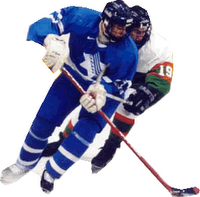 This recent headline caught my eye: Ice Hockey: Japan powers past Israel in Group A. Not exactly the Olympics or the NHL Playoffs, but it is Division 1 of the International Ice Hockey Federation, which means that the winners of this tournament will move up (however briefly) to play against traditional powerhouses like Canada, Sweden and Russia at World Championships next year. I had no idea that they played hockey in Israel, prompting me to dig a bit deeper into this story. The Israel Ice Hockey Federation was established in 1989 by emigres from the Soviet Union and Canada (my heart is beginning to swell...). It joined the International Ice Hockey Federation in 1991. There are three skating rinks in Israel--one Olympic facility and two smaller rinks, one of them at the Canada Center in Metula (my heart is bursting with pride...). The current head coach of Team Israel is none other than Jean Perron, who coached Team canada in the 1984 Olympics and led the Montreal Canadiens to a Stanley Cup championship in 1986. It's fair to say that, given the short amount of time Israel has had a hockey program, it's quite remarkable that they are now playing competitively in Division 1. I started this post thinking to make some kind of joke (as the title might suggest), but it lead me to an unexpected place. Good luck to Israel and Japan at this year's tournament!
Posted by Rick at 10:40 PM No comments: