There have been mild rumblings and protestations to get a better look at what's inside these vending machines. What manner of product is offered by these sentinels of the streets and, more deeply, what are the inner processes that allow for the convenient and timely delivery of such a wide variety of tasty beverages?

The pictures below should give the viewer a pretty good idea about what's generally available in a typical Japanese vending machine (click to enlarge). As to the inner workings of the vending machines themselves, I'm afraid that's a closely guarded secret, but please, don't believe everything you read [*]... 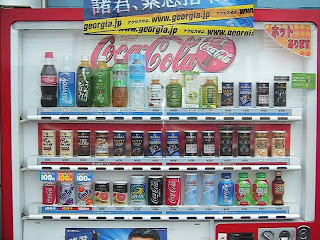 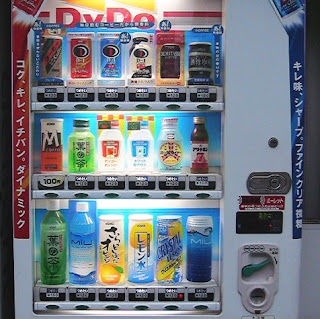 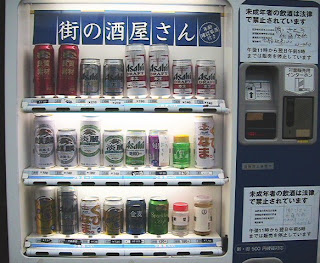 Proof that the Japanese are more civilized than most: vending machines that sell beer.

[*] This is the type of thing that typically passes as "foreign reporting" on Japan in the New York Times. It's a complete pile of bullshit, like just about everything else written in Western newspapers about Japan. Readers of the NY Times might well be wondering how the Japanese are capable of renewed imperialistic ambitions when they're so stricken by fear of each other that they've taken to hiding themselves in "vending machines". Give me a fucking break... If you're really interested in this "story" you might find it more useful to look here and here.
Posted by Rick at 3:25 PM