The Hells of Beppu

The Hells of Beppu are "nine spectacular hot springs for viewing rather than bathing." There are nine of these "hells" in total (seven of them can be seen simply by walking from one to the next), each with its own unique characteristics. Each one is presented in a rather gimmicky fashion to lure tourists. In fact the whole thing is actually pretty tacky, so it comes with my highest recommendation!

I didn't have time to visit all the hells when I was there a couple of weeks ago, but I've got a few pics that should give you a fair idea of the place.

Outside the entrance to one of the hells (I can't remember which!). 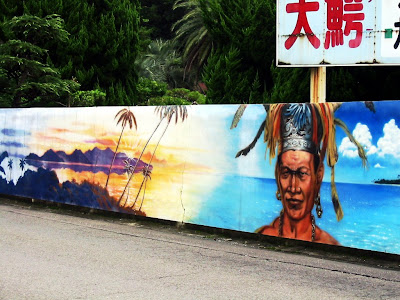 Oniishibozu Jigoku is apparently named after the boiling mud bubbles that "look like the shaven heads of monks." 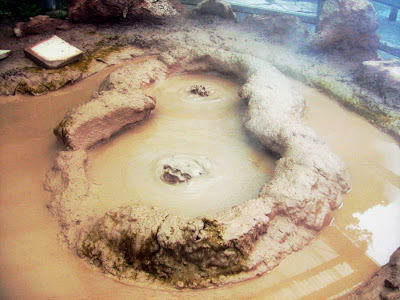 The "Sea Hell" (Umi Jigoku) is so named because of the blue color of the hot water. 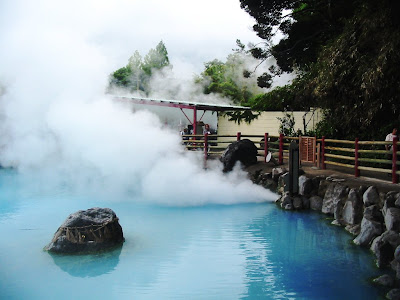 Same hell as above... 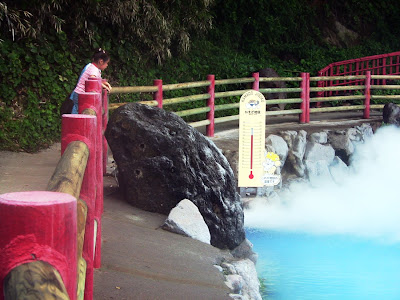 Onsen tamago (eggs cooked by the heat of the hot springs) are a very popular (and tasty) item. 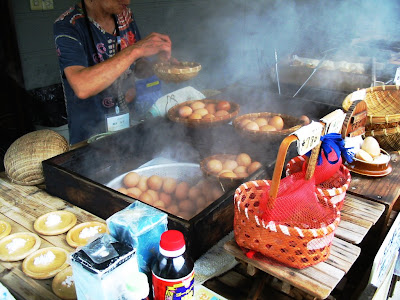 On this particular trip we also visited Oniyama Jigoku ("Monster Mountain Hell"). This picture I posted a couple of days ago should give you an idea of what to expect there. Other "hells" are "The White Pond Hell," "Golden Dragon Hell," "Blood Pond Hell," and "Spout Hell."

All in all, The Hells of Beppu are a nice blend of tackiness and geology. Who could ask for more?
Posted by Rick at 3:54 PM