It's All About Focus

By now everyone has heard about Japan's aging/declining population problem. The Japanese government is on the case, though. They actually have a minister responsible for spurring fertility. Her name is Sanae Takaichi. Oh yeah--she's also the Minister of Okinawa and Northern Territories Affairs, Science and Technology Policy, Innovation, Gender Equality, Social Affairs and Food Safety... 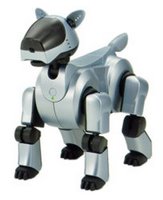 UPDATE: I should have mentioned that, given the Japanese fondness for robots, in the future Japan will likely be populated by a few old geezers (like me) and millions of robots. It will, from end to end, probably look exactly like what you'll find at this site.
Posted by Rick at 4:51 PM