Adventures in Driving: The "Point and Shoot"

Cameras today are so good that even a schmuck like me can puke out some half-decent shots. There's a reason they describe newer cameras as "point and shoot"--that's all ya gotta do! Point the damned thing at the subject, and shoot it. Simple, right?

And what fun it is to point and shoot! You can do it anywhere--even while you're driving! In fact the shot you see below is a simple driving point and shoot I did a couple of weeks ago! You can do it too! Just hold the steering wheel with one hand, and the camera in the other. (Don't ask me which hand for which--are you stupid!?). While you're driving, just stick your camera arm out the window, point, and shoot! (Note: it's usually a good idea, for what should be obvious reasons, to roll down the window before you begin pointing and shooting--a good point and shooter is always prepared!) 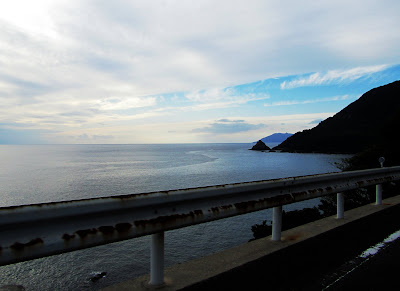