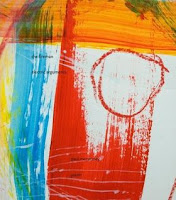 The other day I was perusing the usual year-end lists of best albums, hoping to dredge up something half-decent that I hadn't already heard, and I came across an album called Electric Arguments by The Fireman. I was a bit surprised to find out that "The Fireman" is actually a pseudonym for a collaboration between Paul McCartney and some chap named Youth, and that they've been up to this for a few years. (Hey, I'm an old fart and I can't be expected to keep up with everything, especially when hockey's in season.) The Fireman, so it seems, has made a couple of electronic/ambient albums.

I was curious about The Fireman, so I ahh... acquired the latest album and gave it a listen. The first song, "Nothing too Much Just out of Sight" sounded like a classic rocker from The White Album. The second track evoked an acoustic/jazzy McCartney-esque sound which also wouldn't sound out of place on White. They're both good tracks.

The real pleasure begins, though, with "Sing the Changes," and continues through the rest of the album. Electric Arguments may at times sound like McCartney trying to sound like U2 and other modern British music staples. I would respectfully suggest, however, that if that's the way you hear it, you've got things a bit backwards. There is nothing, and I mean absolutely fucking nothing, un-McCartney about this album. It's not particularly flashy or in-your-face, but it makes clear who's copying whom.

I've thought for years that Paul McCartney sucked. I don't think that anymore.

This album comes with Kyklops' highest recommendation.
Posted by Unknown at 11:29 PM

Email ThisBlogThis!Share to TwitterShare to FacebookShare to Pinterest
Labels: music