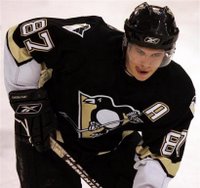 "I knew there were a group of guys in the mix for so many spots -- I don't know how many it was, but I think I was right in there [...] It's special to play in the Olympics and when you're that close, it's a little bit tough because you don't know what's going to happen when you're 22 or 26."
Posted by Unknown at 10:03 AM No comments: 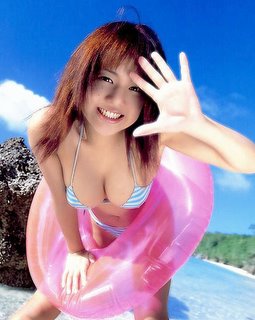 The lovely young woman on the left is none other than (following Japanese name forms) Aoi Sora (link NSFW), which means "Blue Sky". She's a popular "AV idol" (Adult Video star) here in Japan. She's starred in such films as Let's Go Blue in the Sky, Virgin Sky, 50/50, Sexy Fruit and Soap Heaven, to name but a few.
So why am talking about Aoi Sora and posting her picture here? Is it a cheap ploy to suck traffic in to my boring blog? Do I harbor some secret dream to be a porn king? Hell, yeah! But I digress...
In my classes today I asked my students (working in groups) to write down any words or phrases they associated with the term "the sky". (Note to the ESL/EFL uninitiated: Damned if I know whether or not this type of activity is of any use to the students, but it usually gives me an idea of what they do or don't know. We've been reading articles this month with weather-related content... please don't ask...). As the students were doing the activity I was walking around the room checking what they'd written, offering suggestions, getting clarifications, etc. Most everyone had written words commonly associated with "the sky"--clouds, rain, stars, UFOs, and the like. In one of my classes today, however, there was a group of four guys I noticed chuckling and whispering to each other, like they had some funny secret. There are no rules against having fun in my classes, and they were busy writing stuff down, so I didn't pay them much mind. Eventually I made my way over to them and took a look at what they had written. Pretty much the same as everyone else, but the first item on their paper was the phrase "Aoi Sora"...
Now, as fate would have it, and totally unbeknownst to my students, I know who Aoi Sora is. Yes, I admit it, I have gazed upon Japanese (and countless other types of) porn. Further, I have sought it out on the web. I suppose there are a few (straight) guys out there who don't like to look at pictures of naked women, but I'm not one of them. I can only imagine what goes on in their sick, twisted minds. The only creature lower on the evolutionary scale would be someone who likes to look at beautiful, naked women, but denies doing it (liars are worse than retards, although they probably live longer, proving irrevocably that evolution isn't always fair or sensible).
Anyway, playing dumb, I look at what these guys have written and say, "This is Japanese, what does it mean?" "Blue Sky", one of them says, with darting glances at, and shared smirks with, his partners. I ask, "Is she the most popular AV idol in Japan?" Their jaws drop. After some hushed consultation another one answers, "well, she's one of the most popular." Not willing to pass up the opportunity, I say, "ok, make me a list, will you?"
They did. They gave it to me after class, and lingered a bit to chat. It may sound strange, but this is how to teach English in Japan.
Now, if you'll excuse me, I have to check out this list...
Posted by Unknown at 11:13 PM 4 comments:

... we've been hearing about kidnappers threatening to kill their peace activist hostages, more US marines killed by roadside bombs, and an ambush by militants that killed 19 Iraqi soldiers. Not so widely reported was the broken mirror on a Japanese Ground Defense Force vehicle, inflicted by stone-throwing protesters in Samawah on Sunday. How are these events connected and what does it all mean? I leave that to you, dear reader...
Posted by Unknown at 3:34 PM No comments: